Eyes and thoughts on waste 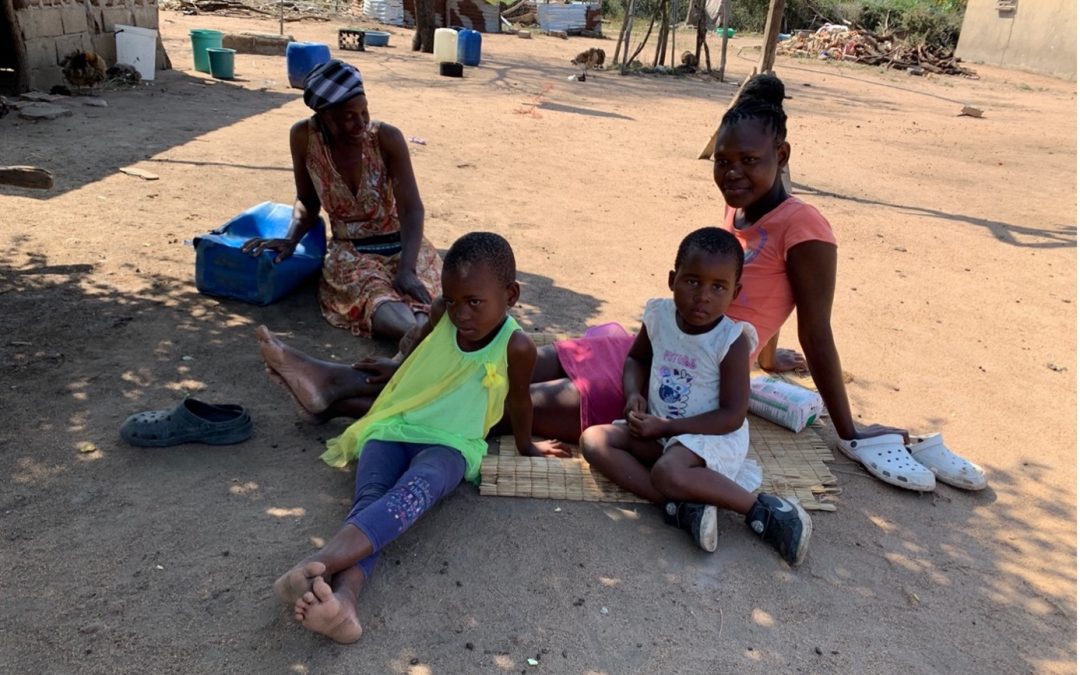 A household with whom we did one of the household waste surveys, the two women were the interviewees, with more kids keeping coming in © SUSDEV

Before we started the field trip, we knew South Africa was a country of, to say the least, differences. But after we arrived, the differences were really striking. Pretoria is less than one-hour drive away from Johannesburg, and it gives the impression of middle-class suburban, generally clean. But then from Johannesburg to Ndumo Game Reserve, there can be assigned a scale of more than 10 to describe the differences in seriousness of the waste problem. Along the driveway, in the green, next to households, sometimes more, sometimes less, but always visible, especially when you come with an eye to map waste.

Going in and out of the game reserve, there is no way to overlook the waste problem. In the reserve, thanks to the conservation efforts, it is basally immaculate. But outside, not only one can see waste everywhere, but there are also dump sites and waste hotspots. And thanks to the trip with the “waste mapping” team, it practically established that the amount of waste was directly related to the presence of human. The busy markets can be credited as the places that attract most waste. Then where there were more households or other buildings, we also saw a lot of waste. When we drove a few kilometers without encountering any human residences, the nature was finally left alone for a while. And it was our surveys (the household waste mapping team) that brought more attention to the relation between poverty and waste generation and disposal. Though this may sound crude, but generally, the richer, the cleaner, and the poorer, the more waste. Or maybe it was the other way around? It was because the households looked clean that we assumed them being richer? Lost in translation, and as foreigners with huge cultural and economic gaps, we couldn’t really tell how well-off these families were.

From a couple of days of field trip, it is really difficult to pinpoint the main causes of and then solutions to the problem. But at a certain point, I realized this would be really difficult to deal with because this is by and large a matter of habit and education.

We were waiting for the car to pick us up on the roadside one day. While waiting, a few boys (around ten-year old?) came by. Michiel, one of our team members, started to talk to them. Very simple things, something like how old are you. Of course, they were also interested in talking to us, a mixture of Europeans and Asians — for them we were a sight. In the middle of the conversation, as sometimes I would push my glasses, one of the boys just threw something in an elegant parabola. It is something we would never do, not at home, not on the street, not anywhere. The very idea of throwing something, or littering, makes me uncomfortable. Just think of one of you trash, thrown away, lying out there somewhere, without any form of container to hold them, does it upset you? Michiel was curious about what was in it, so the boy went to pick it up and showed him what it was, and after the illustration, he threw it away again, carefree. For these boys, littering is so natural that it was unconscious. For me, this finally explained all the waste I saw along the driveways, and how people walk and live next to waste — not an insignificant amount — seemingly unbothered. They have to accept the visible waste as a part of their living environment, but everyone is also a contributor.

But then, when I say “we” and “they”, a line is drawn, a further difference is made. That’s why I feel the unease when searching for solutions. First, a tacit difference is made, and then we would want to apply “our solutions” to “their problems”. Because if I look for possible solutions to address waste problems, I would start from academic papers and coverage from established media. All these articles would assume a norm, a norm that places should be clean, for hygiene as well as for aesthetics. This assertion is so self-sufficient and flawless that we don’t see any other possibilities. And then, most of the solutions that I would find come from the more developed cities, the urban. How can we contribute to solve their problems when we are so different from them, and didn’t have the time to understand them?

Another thing that I have an inkling but cannot be sure is about the girls, the women. We were doing the surveys on household waste generation and disposal, sometimes it was women who did the interview, sometimes men. And you feel the difference. To begin with, women spoke in a lower voice, by lower voice I mean less confident. It almost had a correspondence with age. The elder women seemed more at ease in their households. They laughed wholeheartedly, especially when there were companions. As to the young girls who were still attending school, they answered they didn’t know, they were distracted, or they were not sure about their answers, and one of them gave the floor to her brother even he was younger and had no particular reason to have a fuller knowledge of the household waste than she did.

But what I described is already a representation, a gender issue intersected with age. From my point of view, women in this area are not encouraged to either form or express their opinions. But I only had a glimpse, a peek of the living conditions there, how can I make any definitive statements? And how can I contribute when I am so ignorant?

Although I’m left more concerned about this area with my lack of hands-on knowledge of these people, of their lives, this is nevertheless an enriching experience because, first, this open and welcoming attitude to walk-in strangers is no longer common around the world, and second, I’m now more convinced of the importance of immersed field work to seeking for locally tailored solutions in an uncondescending manner. Because even if some people in the world don’t hold the same concepts as we do, say, “conservation”, “sustainability”, for those who live further from the urban and yet closer to the natural environment, they have their own necessity and ways of caring about and caring for the waters, the vegetations, and the livestock. They live the waste problem. They are aware. However, as much a contributor as we are to waste generation, they don’t have a system to rely on to take the waste away, seamlessly. And we are left with much more to learn and think after this direct contact. 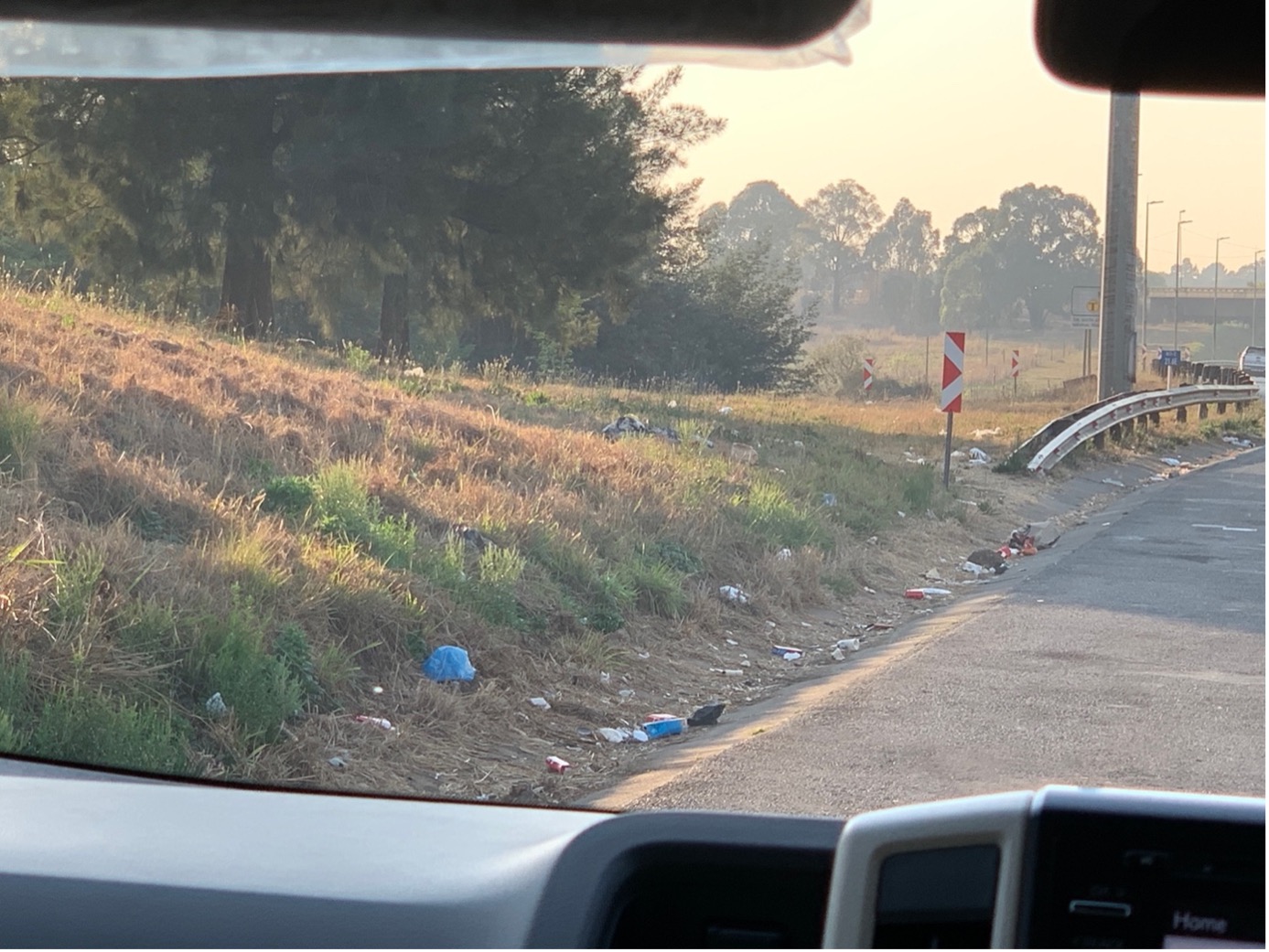 Waste along the driveway from Johannesburg to Ndumo Game Reserve © SUSDEV 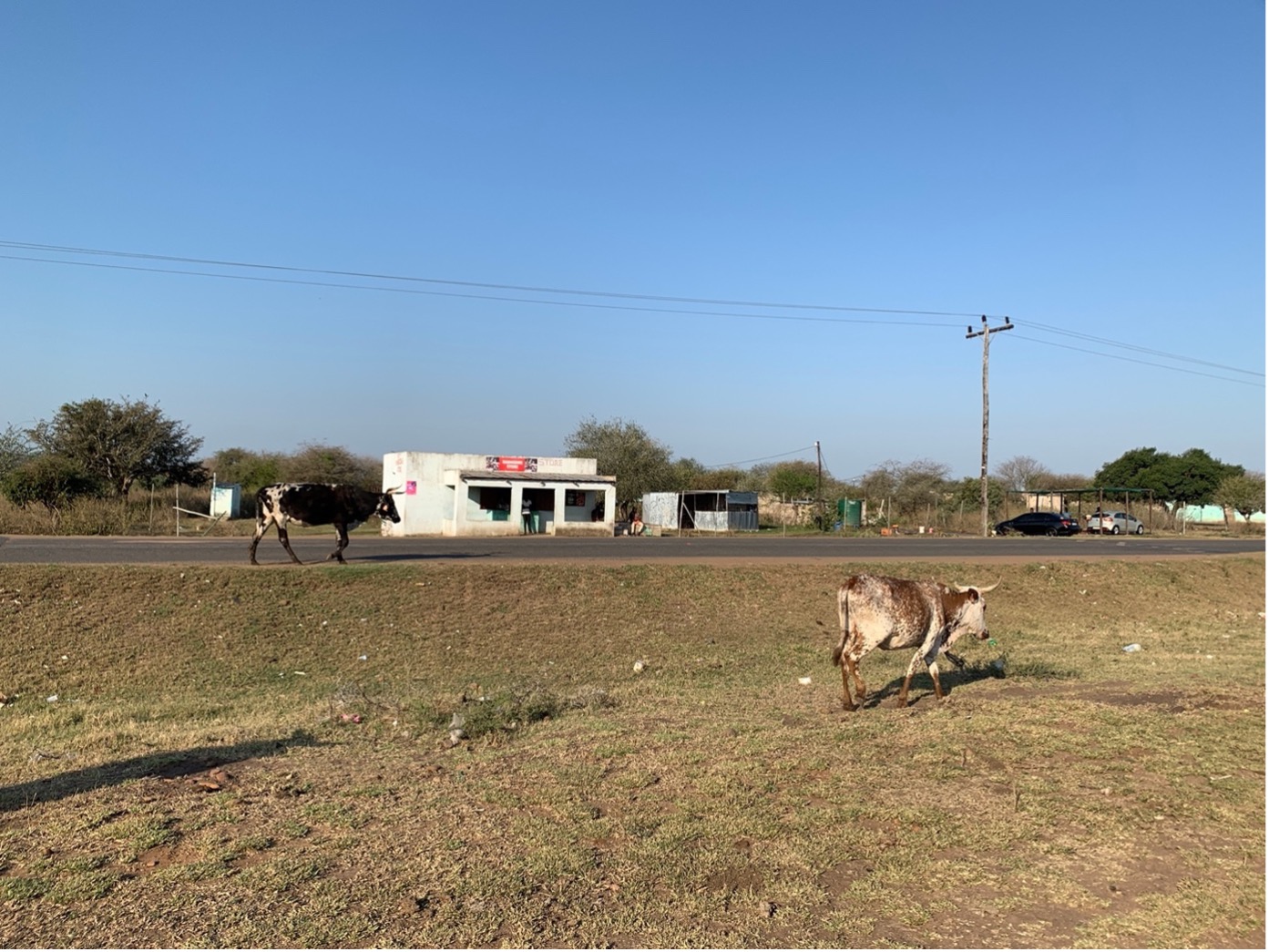 Cows grazing with waste scattering around at the roadside, with denser waste at the back of the photographer © SUSDEV